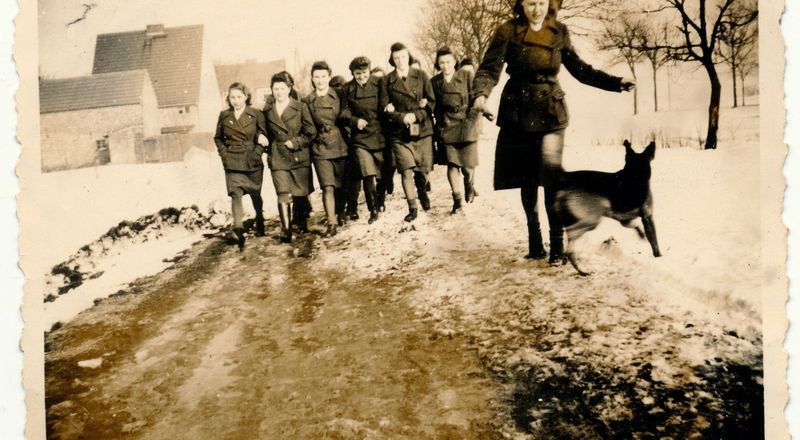 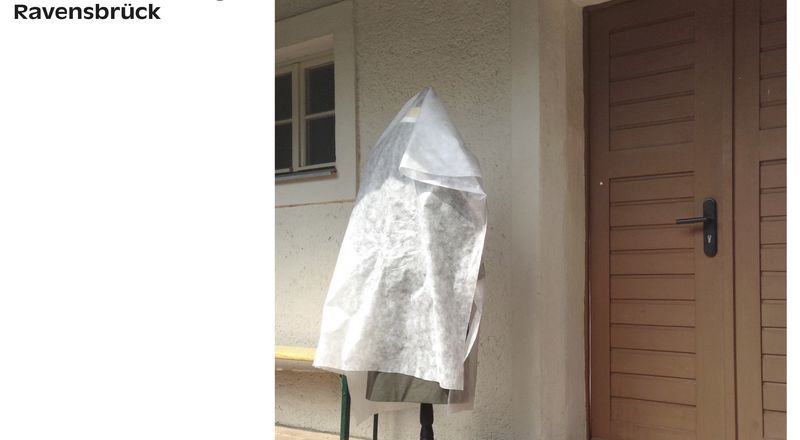 More pictures from the exhibition will be shown here soon.

The exhibition, which has been on display in one of the former female guard's houses since August 8 2020, focuses on the following themes: the women’s background; the power and violence relationships that prevailed at the camp; the career opportunities of female guards; and the site of Ravensbrück as a principal training and recruitment center for female guards. In addition, it addresses the victims' attempts of seeking justice as well as the “silence that speaks volumes” on the part of their perpetrators. Last but not least, the fascinating appeal of the figure of the 'SS female guard' in popular culture is also put up for discussion.

Under the title “Pictures, Voices, and Clichés”, the artists Marianna Christofides, Arnold Dreyblatt, Moritz Fehr, Dominique Hurth and Susanne Kriemann have developed interventions in cooperation with the exhibition project. They approach the topic of the SS female guard from a perspective relevant to the present day. The traces of violence in architectural relics and landscapes, the dichotomy of home and crime scene, the role of music within the context of forced labour, the 'brutal cosiness' of the interiors of the guards' accommodation, the educational methods within the Nazi Volksgemeinschaft ('people’s community') – these are all focal points of the artistic strategies.

The exhibition is made possible with the support of the Ministry of Science, Research and Culture, Brandenburg, and the German Federal Cultural Foundation.

Further information on the making of of the exhibition

Places of Residence, Places of Crime: The House of the Female Guards

In conversation with Simone Erpel, curator of the exhibition

The drawing as document (of evidence). How prisoners captured scenes of violence

In conversation with Sabine Arend, Director of the Museological Department

The female guard in popular culture

The Ravensbrück Memorial has invited five artists to explore the milieu and representations of female SS guards at Ravensbrück, using research-based approaches in order to examine those issues that are still of relevance to the present. Since July 2019 and with the support of the German Federal Cultural Foundation, Arnold Dreyblatt, Susanne Kriemann, Marianna Christofides, Moritz Fehr and Dominique Hurth have been investigating the female SS personnel at Ravensbrück women’s concentration camp.

Their artistic interventions will scrutinise common perspectives and sharpen the public’s eye for details and moods (besser: atmospheres?). As part of the exhibition they will also offer an opportunity for discussions and an exchange of views. The photographs of the female guards; the dichotomy of crime scene and place of residence; the cosy interiors of the buildings where the female guards lived; the role of music within the context of forced labour; the traces of violence in landscapes and buildings; the educational methods within the Nazi
Volksgemeinschaft, or people’s community – these are all focal points of the audio and video works, and the text and image installations. The interventions will be set up on a temporary basis during 2020/21, both within the exhibition and the surroundings of the building for female guards.

Further information about the artistic interventions

A preview into the work of Susanne Kriemann

Insights into the work of Arnold Dreyblatt

The Invisible Choir. Preview of the work of Moritz Fehr

In conversation with Dominique Hurth, Artistic direction of the interventions

Preview of the work of Marianna Christofides