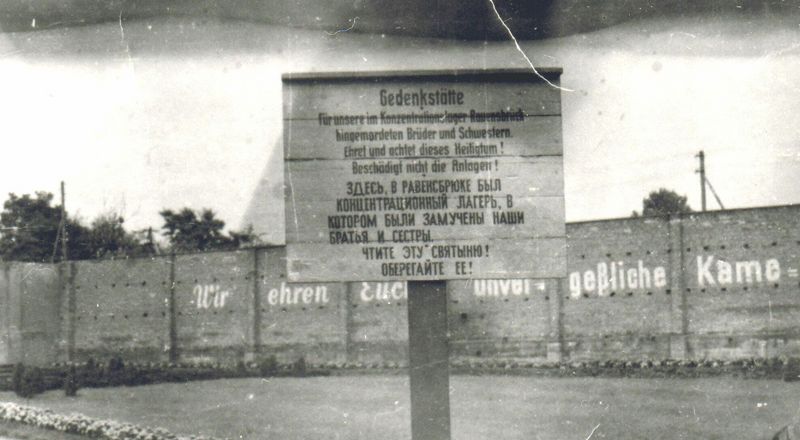 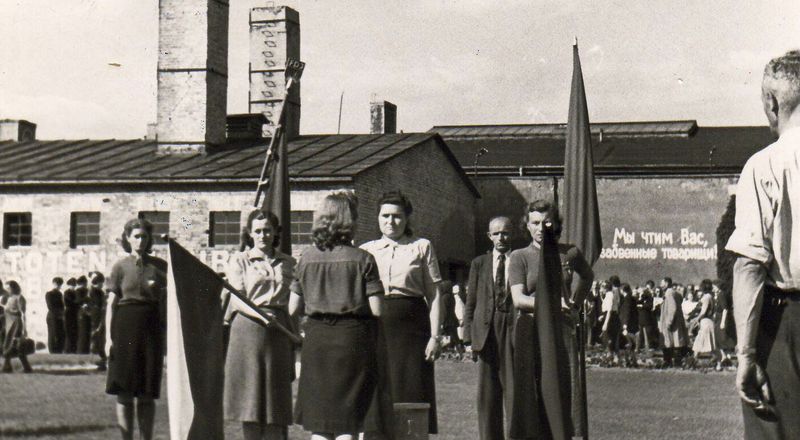 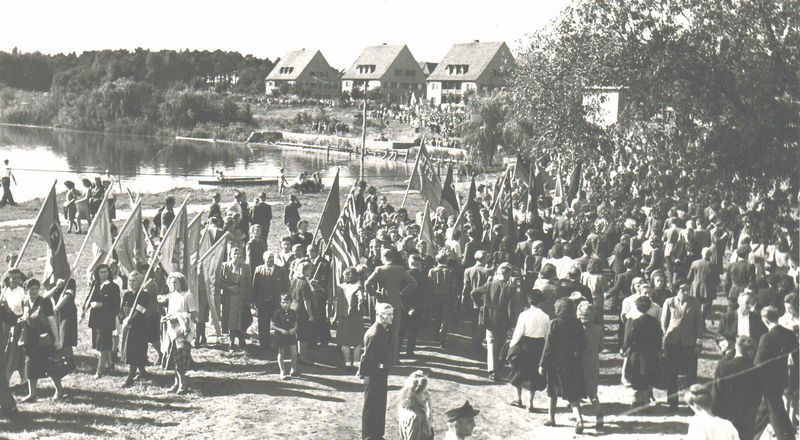 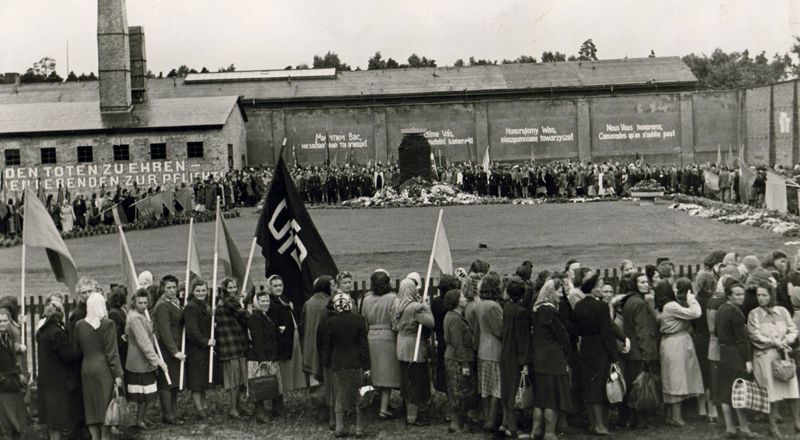 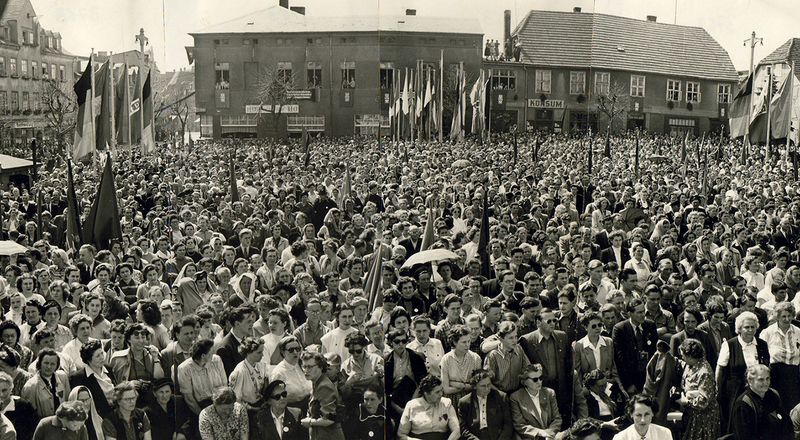 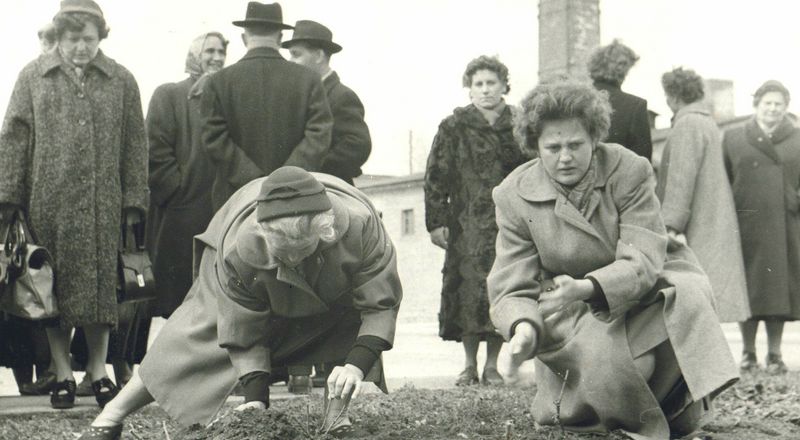 After the liberation, the Soviet Army took over much of the former concentration camp and used it as a barracks; the remaining buildings – including the crematorium – fell into ruin. From 1948, former prisoners and the Association of Persecutees of the Nazi Regime attempted to preserve at least the area around the crematorium and turn it into a place of remembrance.

The first memorial ceremony was held there in September 1948. After a rally on the market square in Fürstenberg, the participants walked to Ravensbrück to lay wreaths at a provisional monument. Memorial ceremonies of this kind were subsequently held every year.

Immediately after the liberation, three cemeteries were established around the camp. The deceased who were buried there were reinterred in the early 1950s in a mass grave along what would later be the Wall of Nations. The copious ashes found around the crematorium were also buried there.