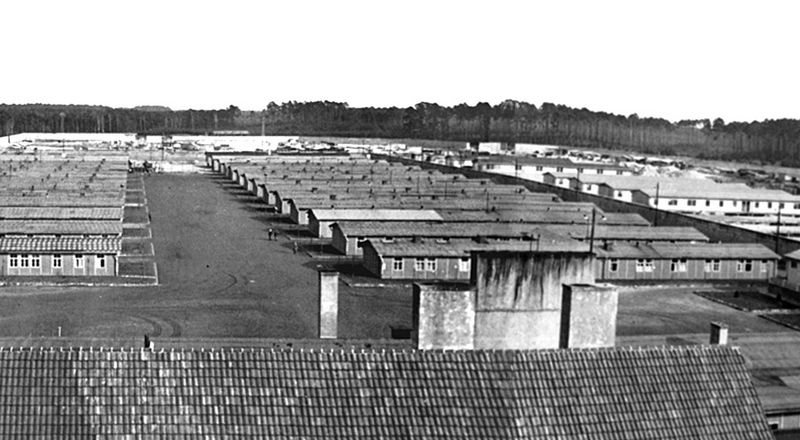 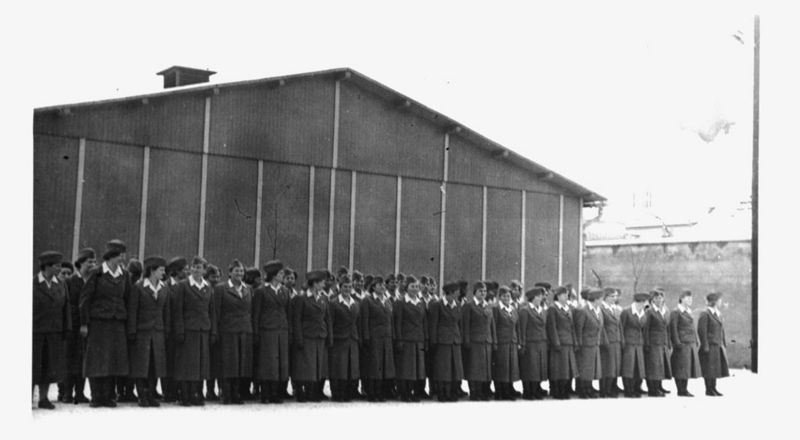 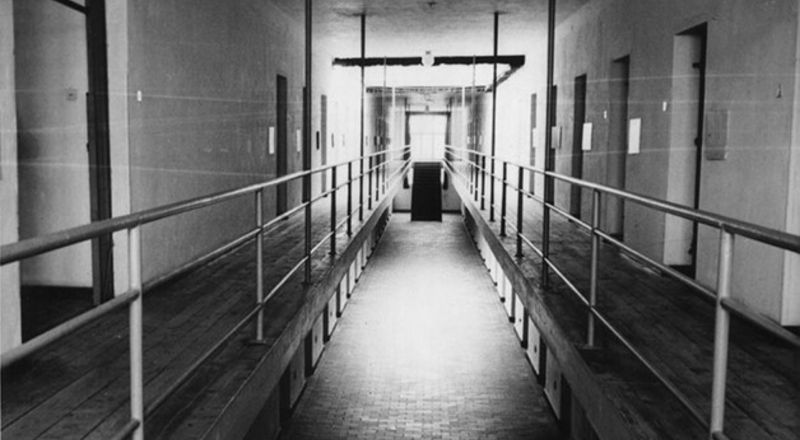 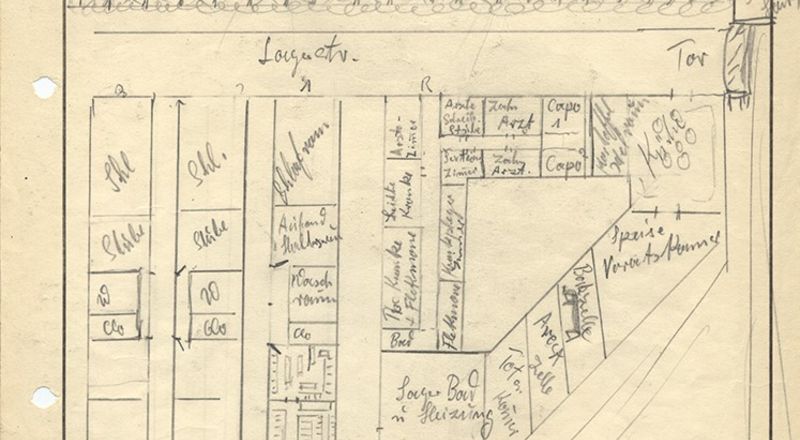 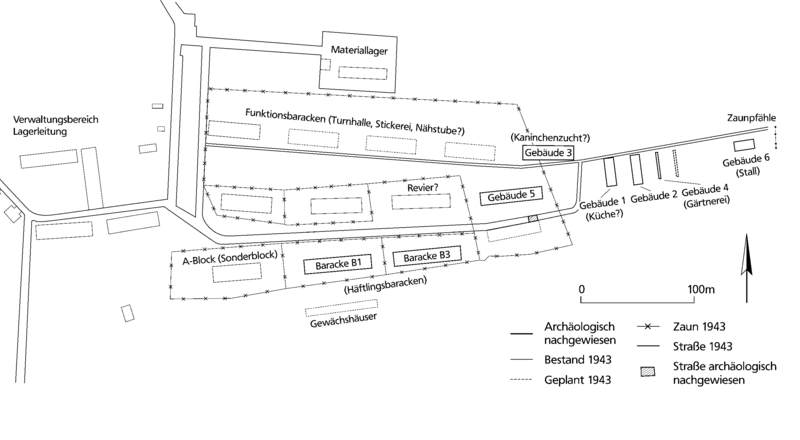 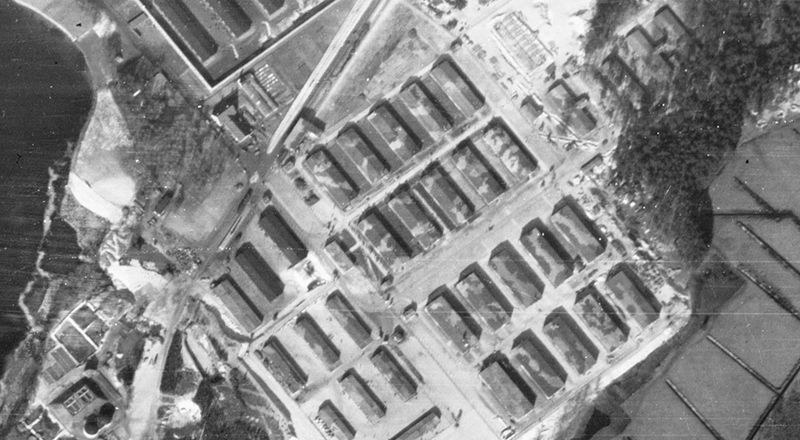 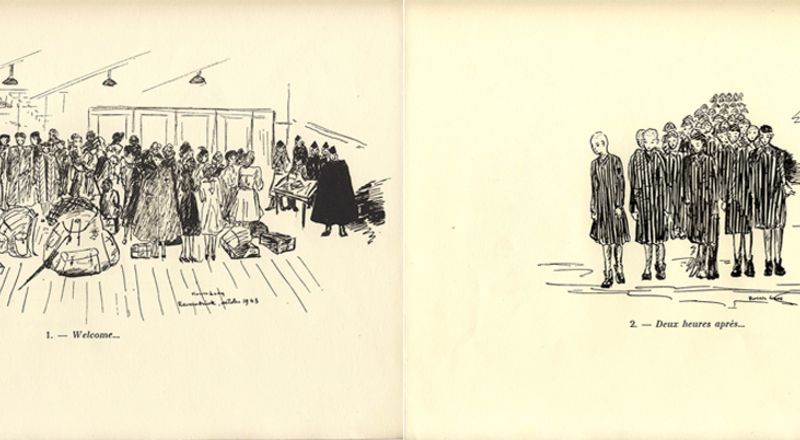 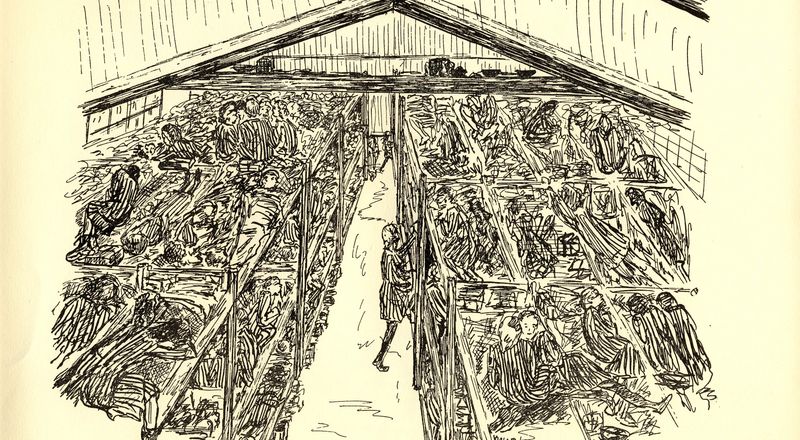 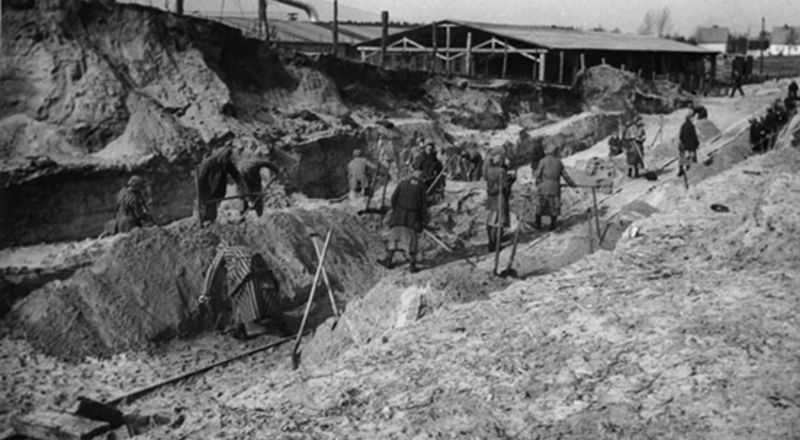 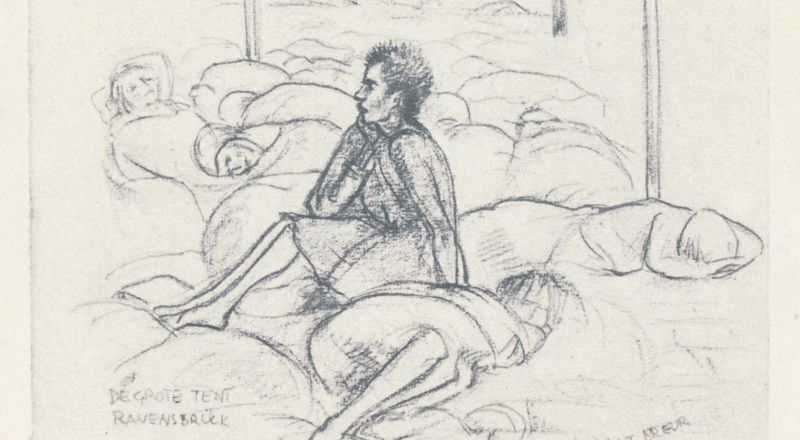 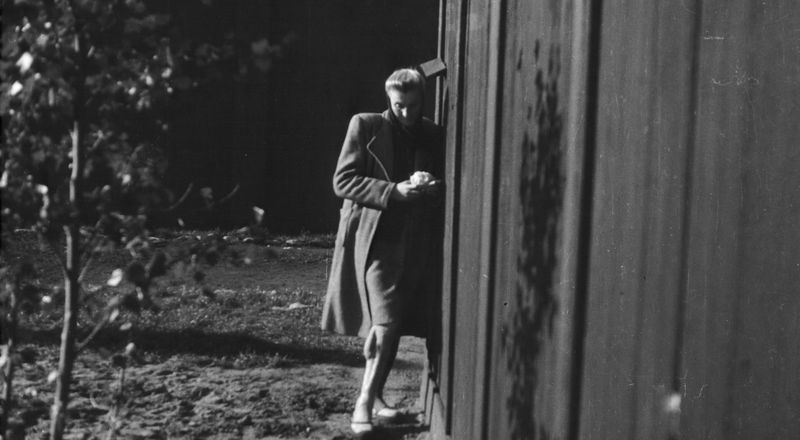 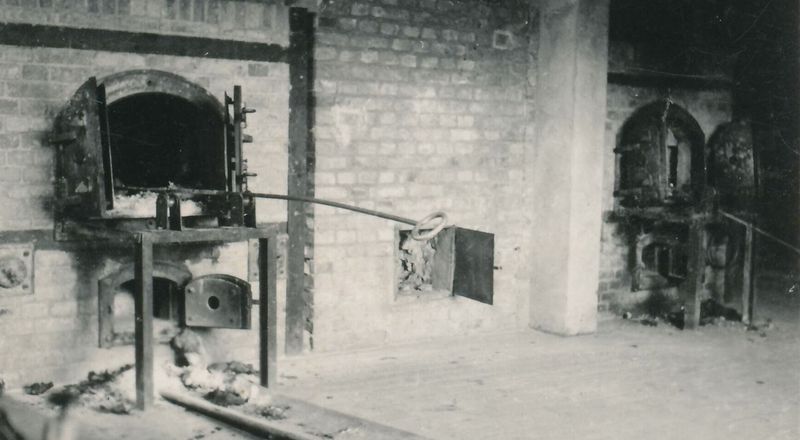 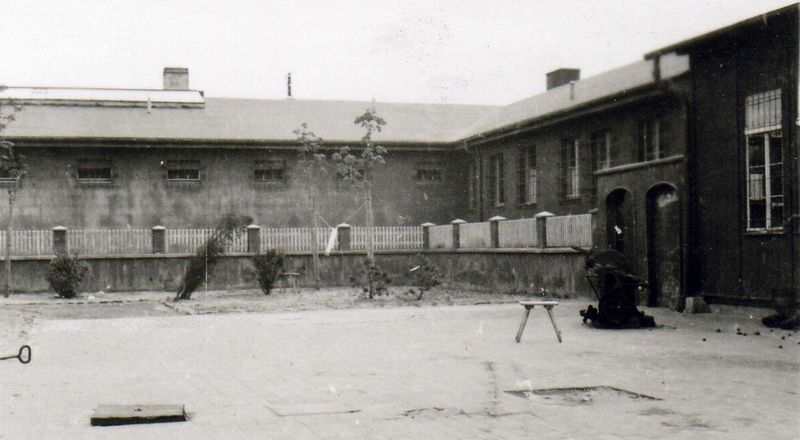 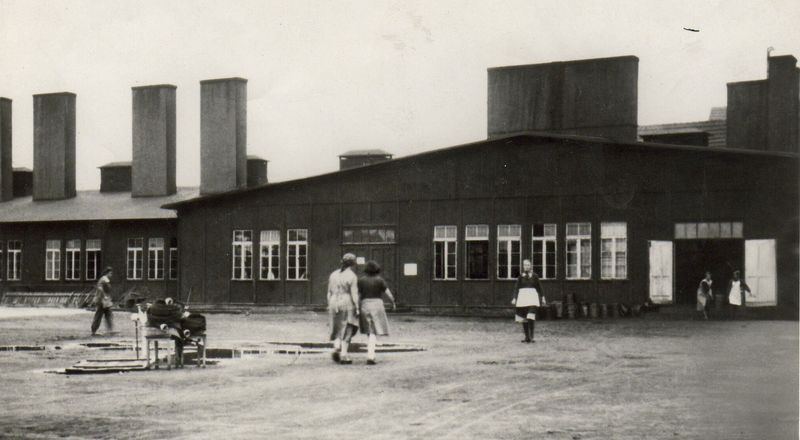 In 1939, the SS had the largest women’s concentration camp in the German Reich built in the Prussian village of Ravensbrück, not far from Fürstenberg, a health resort that historically had belonged to Mecklenburg. The first female prisoners from Lichtenburg concentration camp were transferred to Ravensbrück in the spring of 1939. In April 1941, a men’s camp was added, which was also under the command of the women’s camp’s commandant, and in June 1942, the immediately adjacent Uckermark “juvenile protective custody camp” was taken into operation.

The women’s concentration camp was continually expanded until 1945. The SS had more and more huts erected to house prisoners, and in the autumn of 1944, a large tent was added. Within the camp’s perimeter wall, an industrial complex comprising several production facilities was established, where female prisoners were forced to carry out tasks traditionally considered women’s work such as sewing, weaving or knotting. The company Siemens & Halske had 20 workshops constructed outside the camp’s perimeter, where prisoners were forced to work from the late summer of 1942. As the war progressed, over 40 satellite camps in which Ravensbrück prisoners were forced into slave labour were set up all over the German Reich.

Around 120,000 women and children, 20,000 men and 1,200 adolescent girls and young women (imprisoned in the Uckermark “juvenile protective custody camp”) were registered as Ravensbrück prisoners between 1939 and 1945. These prisoners came from over 30 nations and included Jewish, Sinti and Roma people. Tens of thousands of them were murdered, died of hunger and disease or were killed in medical experiments. In the course of “Operation 14 f 13”, prisoners considered infirm or unfit for work were selected and murdered. Along with the victims of “14 f 13”, a number of Jewish prisoners were taken to the Bernburg “sanatorium and nursing home” and were murdered in the facility’s gas chamber. From 1941 onward, Ravensbrück was used as a place of execution. Countless women — the exact number is not known — were shot to death. In early 1945, the SS set up a provisional gas chamber at Ravensbrück in a hut next to the crematorium, where between 5,000 and 6,000 prisoners were gassed between late January and April 1945. Among them were approximately 100 prisoners from the men’s camp.

Shortly before the end of the war, the International, Danish and Swedish Red Cross evacuated around 7,500 prisoners to Sweden, Switzerland and France. Following an evacuation order from Himmler, Ravensbrück’s commandant Fritz Suhren had the remaining 20,000 prisoners marched towards the north-west in several columns. On 30 April 1945, the Red Army liberated the camp and around 2,000 sick prisoners who had been left behind. But for most of the women, men and children imprisoned in Ravensbrück, the suffering did not end with their liberation. Many of them died in the following weeks, months or years, and many of the survivors suffered from the consequences of their imprisonment even decades after their liberation.