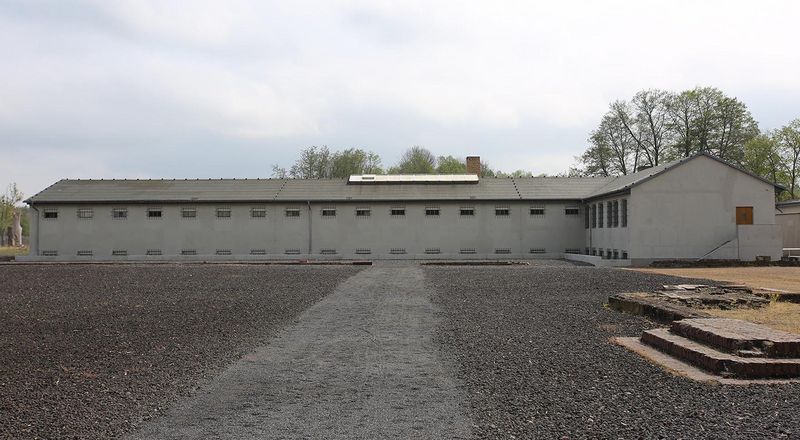 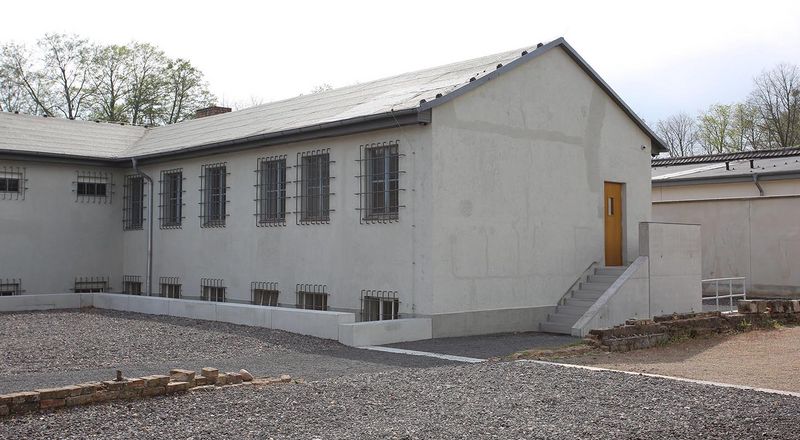 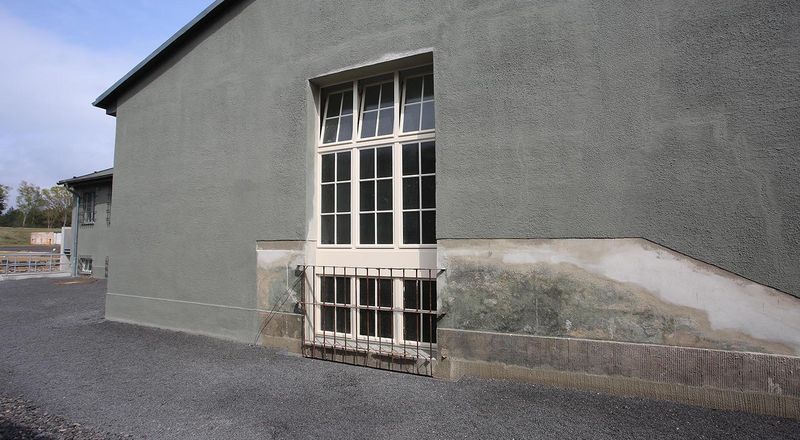 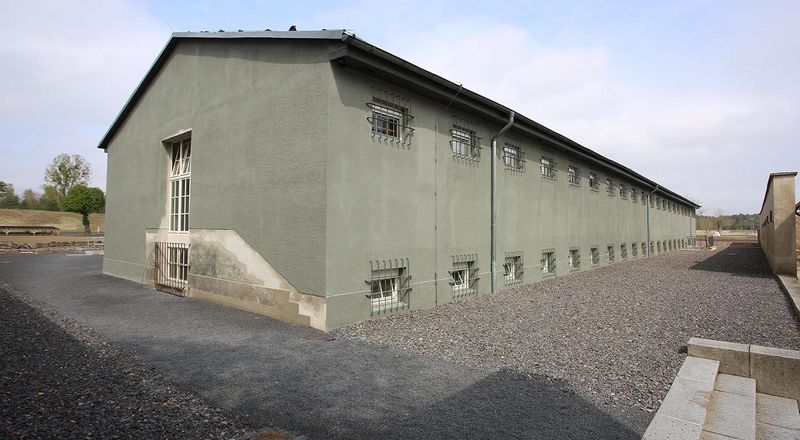 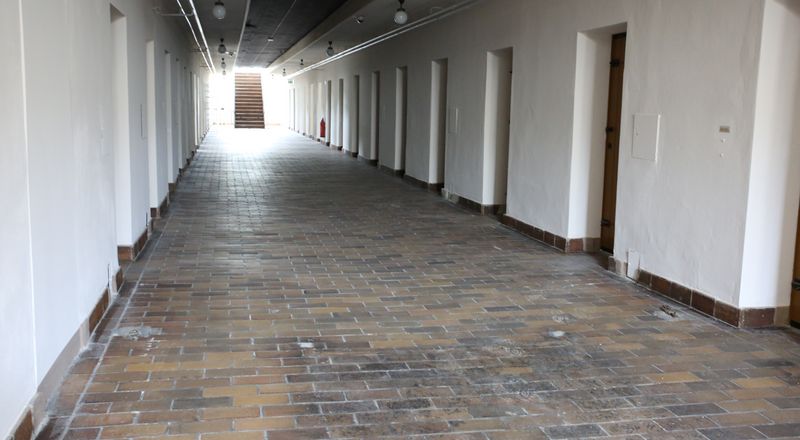 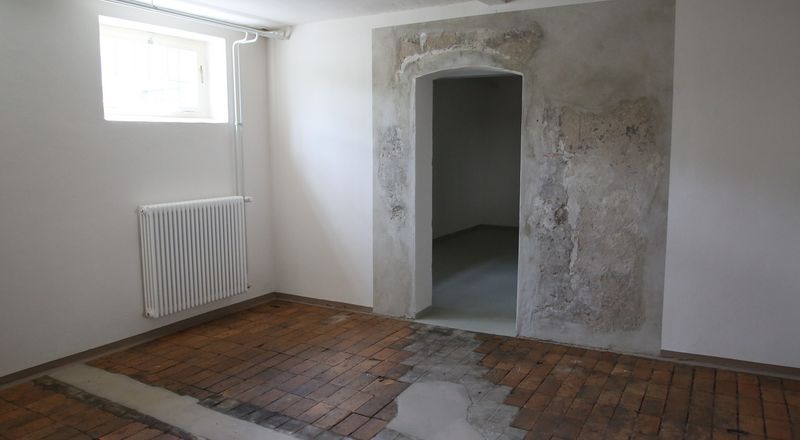 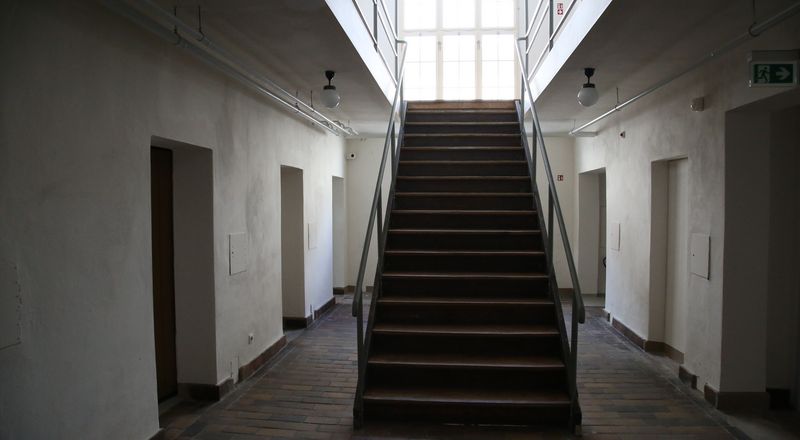 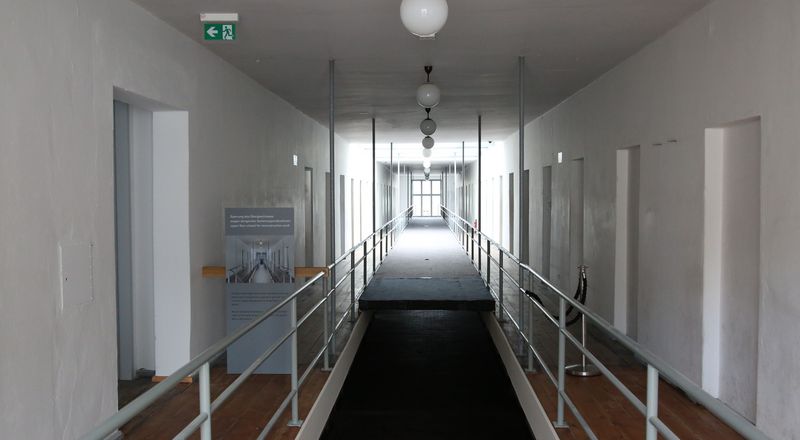 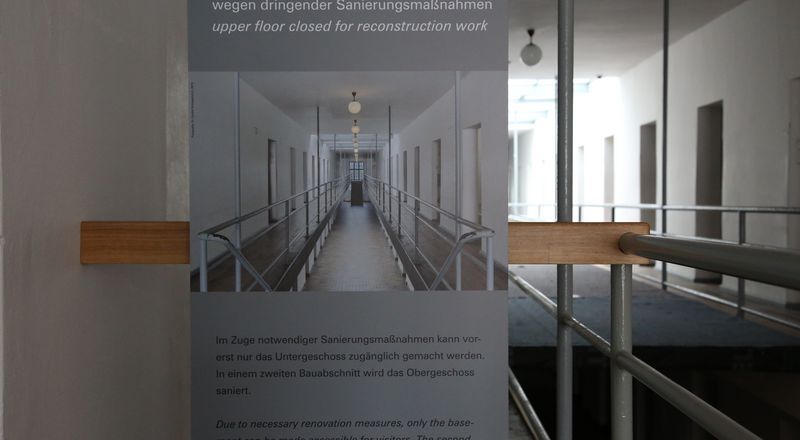 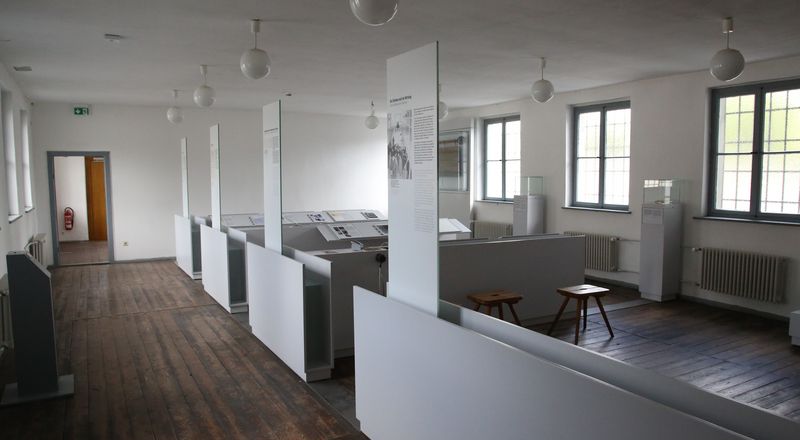 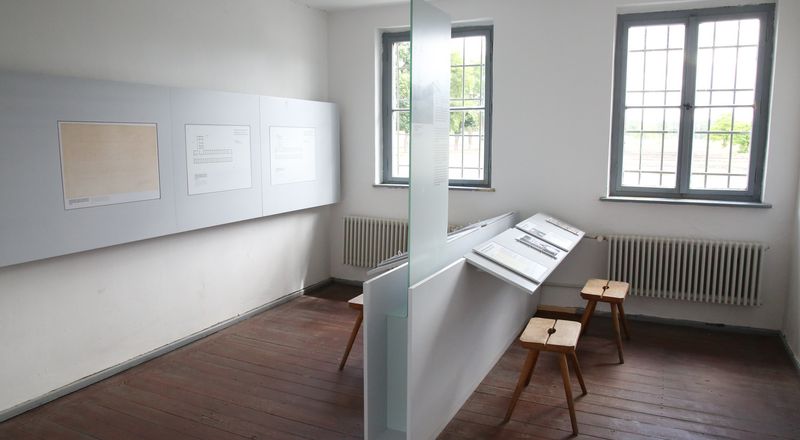 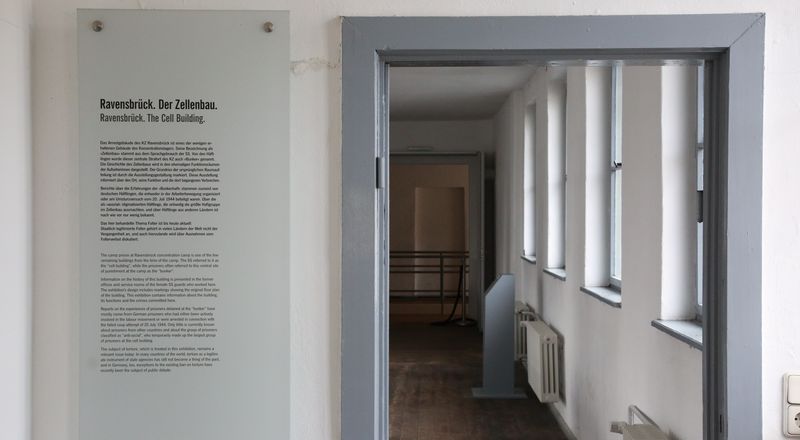 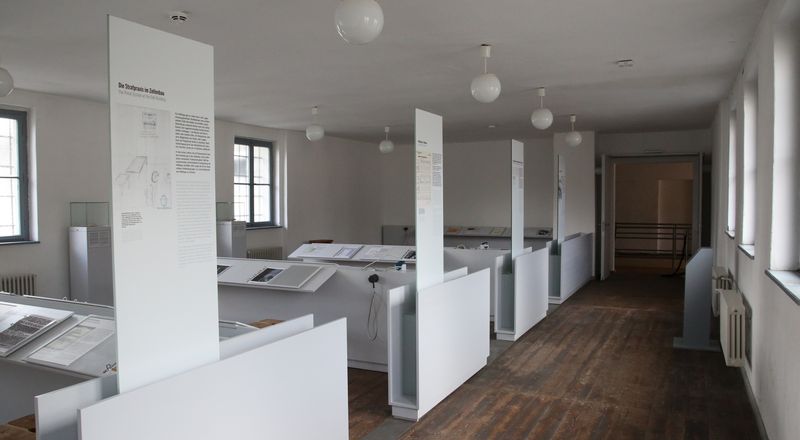 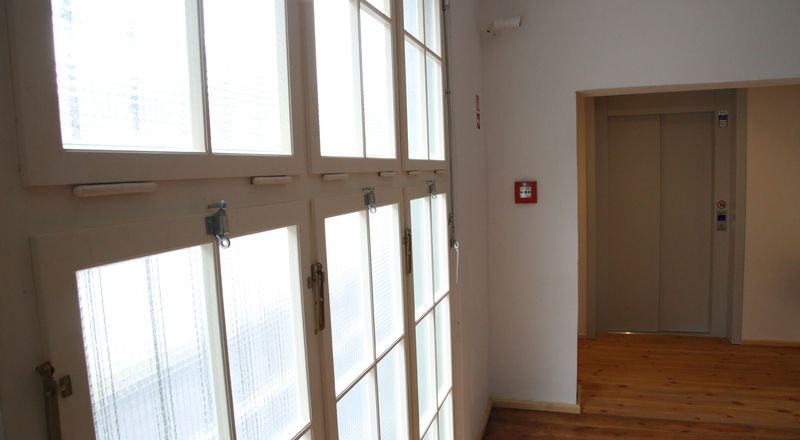 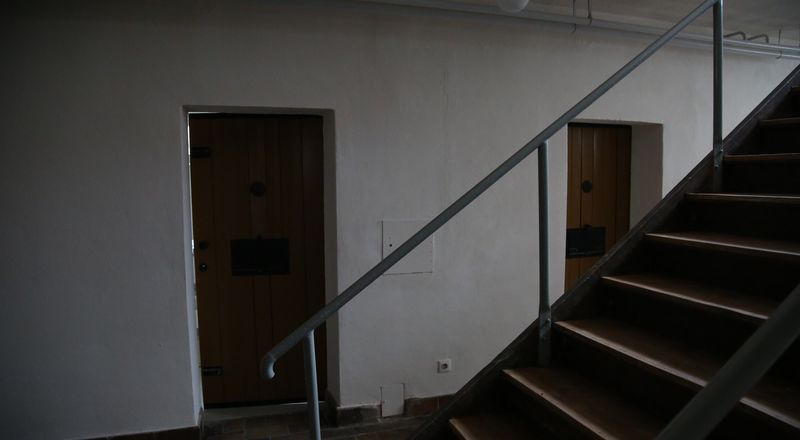 The exhibition that opened in 2006 covers the history of the cell building in the Ravensbrück concentration camp. This two-storey building was built in 1939 as the camp prison, and its original features have been largely preserved. With its block of 78 cells, an open ceiling, and an atrium surrounded by a gallery, it resembles a conventional prison building. The north wing of the building held an administrative block.

Until April 1945, prisoners from the Ravensbrück women’s and men’s camps and the Uckermark ‘juvenile protective custody camp’ served detention sentences here, and corporal punishment was also meted out to prisoners from the women’s camp. From February 1944 the building was additionally used to detain ‘remand prisoners’ arrested by a special commission of the Gestapo at the Reich Security Main Office, who imprisoned members of various resistance groups here, including Elisabeth von Thadden; Johanna Solf; the Catholic trade unionist Nikolaus Gross, who was beatified in 2001; Nina Schenk Countess von Stauffenberg, wife of the leader of the Hitler assassination plot; and Helmuth James Count von Moltke. The family members of German opponents of the regime were also detained here under the ‘family accountability’ principle, and other prisoners were detained here prior to their execution. In August 1943, the SS carried out forced operations here on five Polish women who had refused to undergo surgery in the context of medical experiments. The building was additionally used to hold SS members who were incarcerated as a disciplinary measure or who were on remand.

After the end of the war, the cell building – like the rest of the camp – was initially used by the Soviet army. In 1959, the first camp museum of the Ravensbrück National Memorial was set up in this building, as were the first national memorial rooms. Since it was redesigned in the mid-1980s, the upper floor of the cell building has held national memorial rooms, while the lower floor has housed memorial rooms for individual prisoner groups as well as several reconstructed detention cells. The building’s envelope and severely water-damaged lower floor were being renovated, and the historical features of the building were being restored. The building was also being made wheelchair-accessible. The exhibition and the cells in the basement floor are open again.