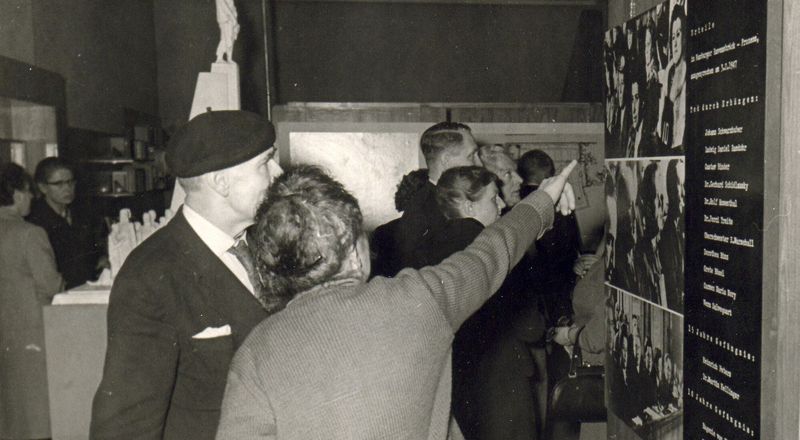 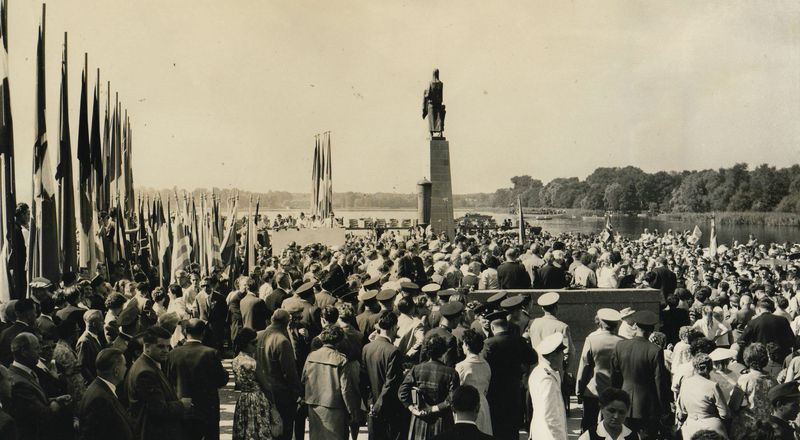 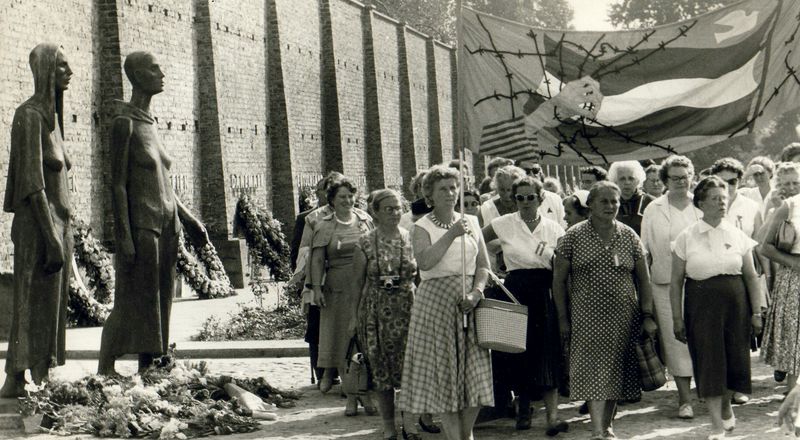 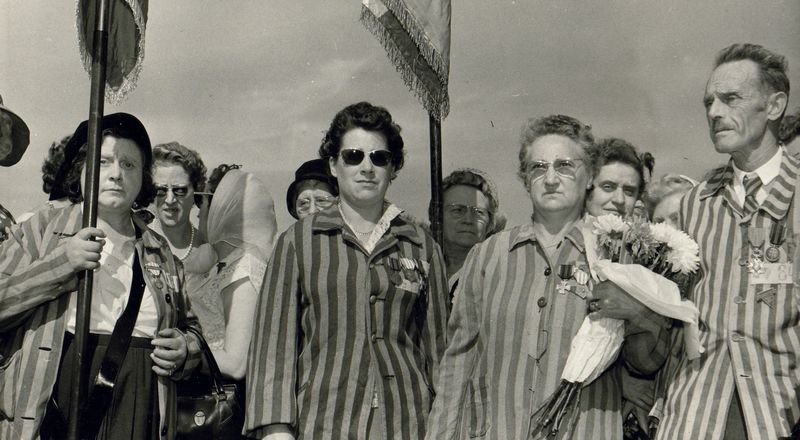 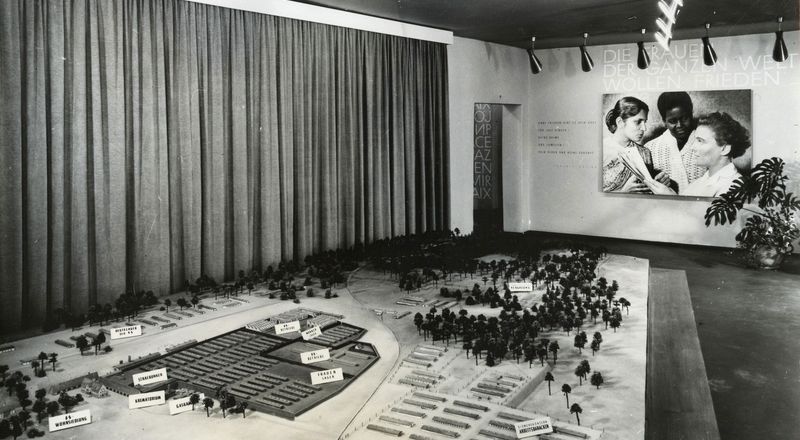 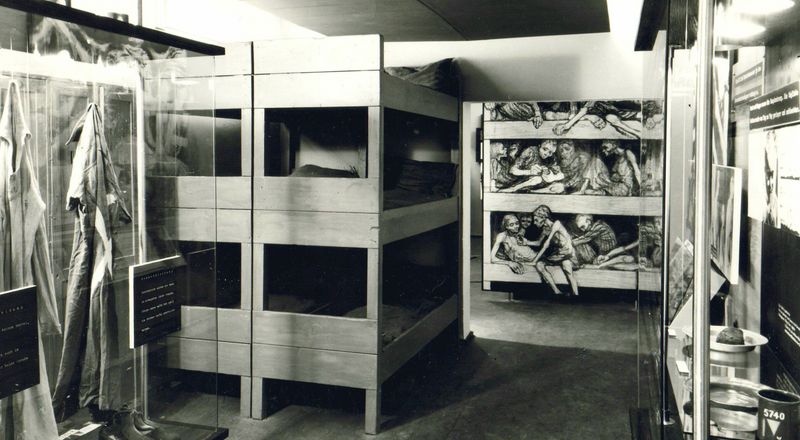 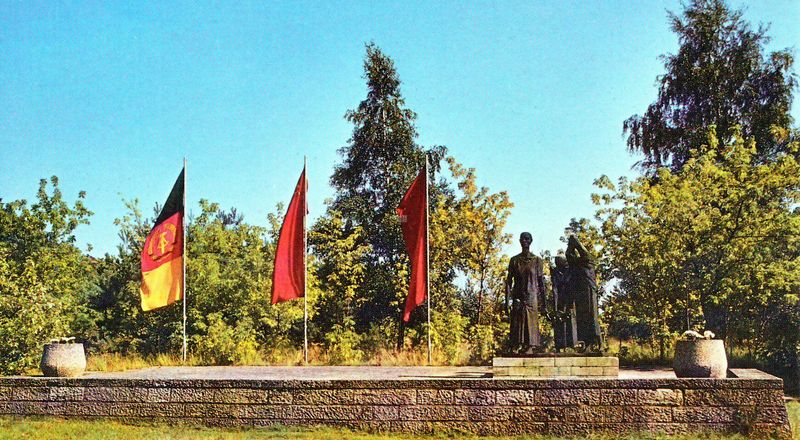 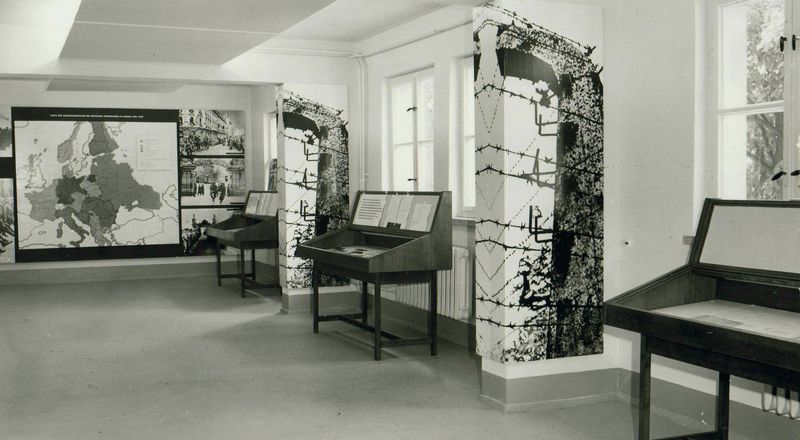 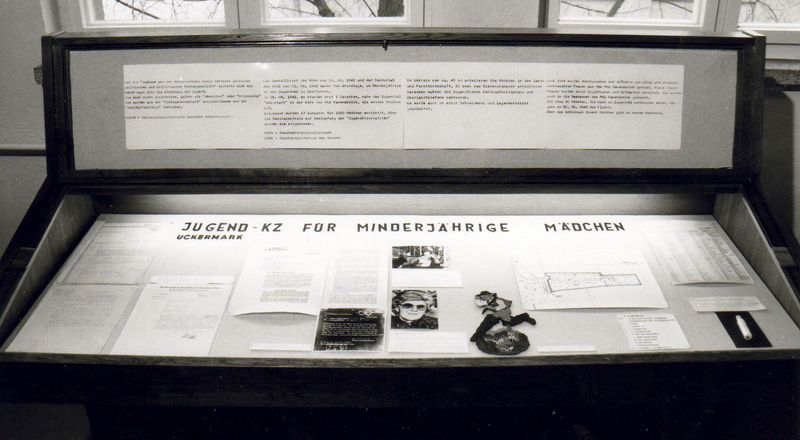 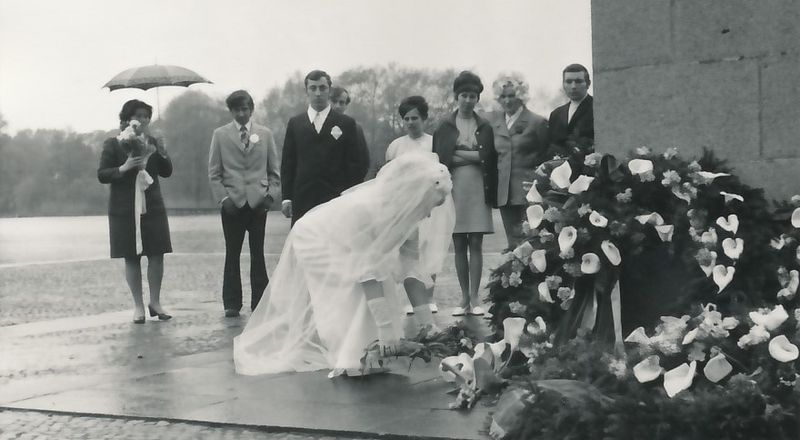 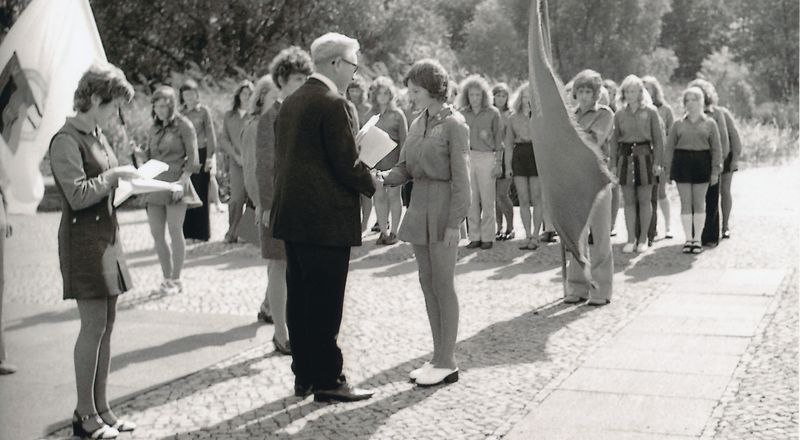 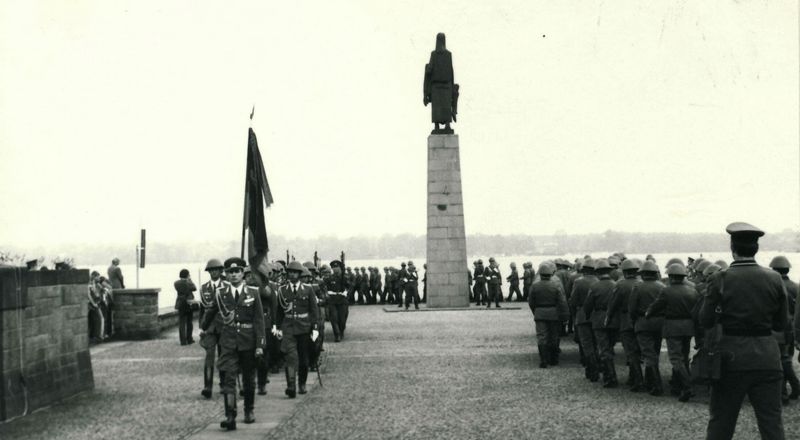 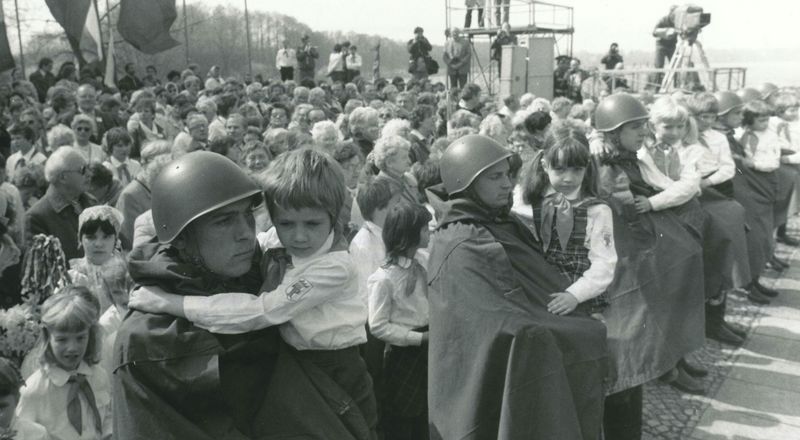 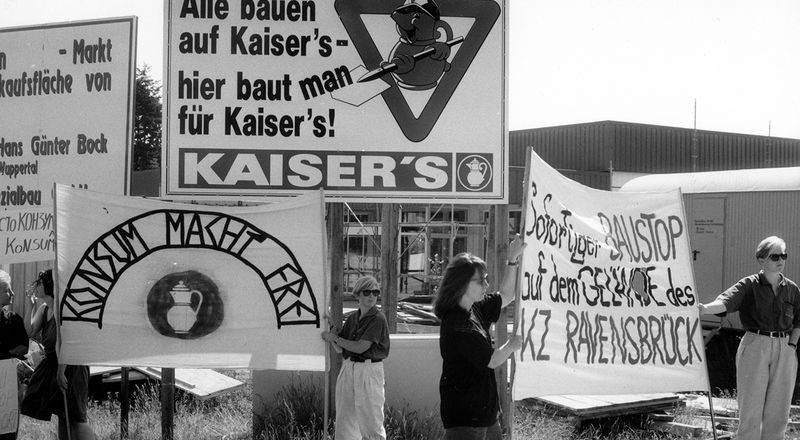 The “Ravensbrück National Memorial” was opened on 12 September 1959 and was one of the GDR’s three national memorials. In their design, the architects, members of the so-called Buchenwald collective, included parts of the former concentration camp buildings such as the crematorium and the camp prison (cell building) located outside the four-metre high camp wall, as well as a section of the wall itself. In 1959, a mass grave was established outside the camp wall’s western section, where the remains of prisoners from various burial sites were reburied. The bronze sculpture “Burdened Woman” (“Tragende”) by Will Lammert is at the heart of the memorial’s design and is still considered the memorial’s symbol. From May 1945 until late January 1994, the grounds of the former concentration camp except for the memorial area on the banks of Lake Schwedt were used for military purposes by the Soviet and later the CIS forces.

In 1959/1960, the first museum was established at the former camp prison. Survivors from various countries in Europe donated their keepsakes, drawings and documents from the time of their imprisonment. In the early 1980s, the National Memorial’s management drew up a concept for the “Exhibition of Nations” at the cell building, which allowed organisations or representatives from the individual countries to design their own exhibitions. 17 such national memorial rooms were designed on the building’s first floor. From 1984, the former SS headquarters, which had been used by the Soviet troops until 1977, housed the Memorial’s main permanent exhibition and was referred to as the “Museum of Anti-Fascist Resistance”.