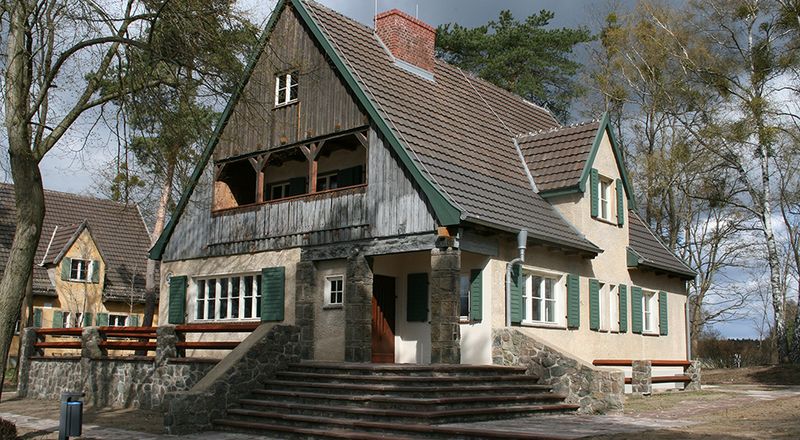 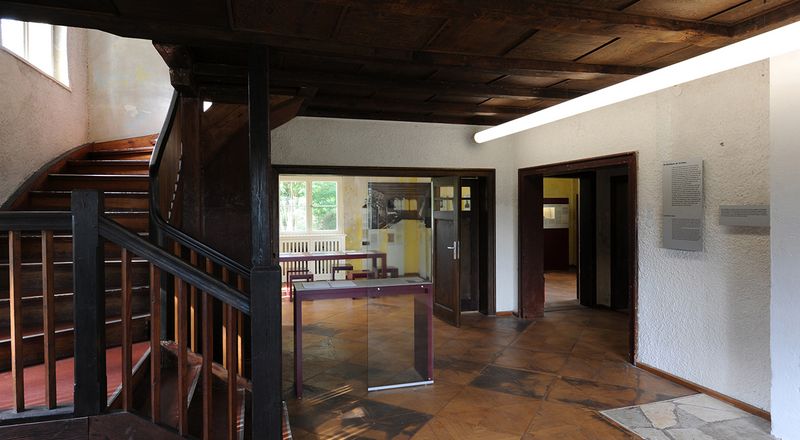 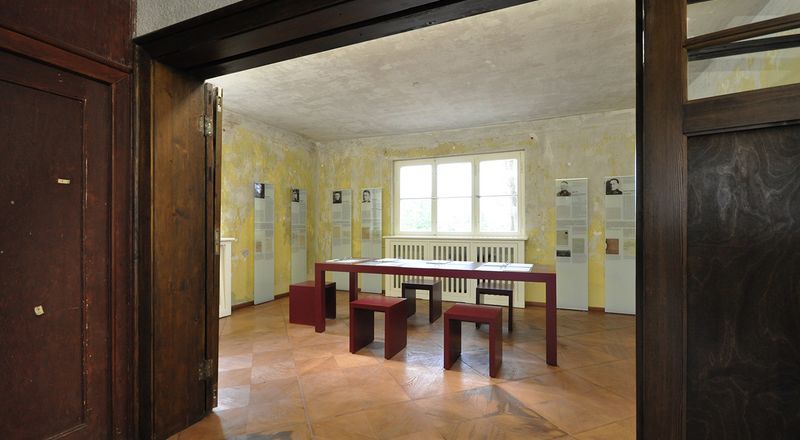 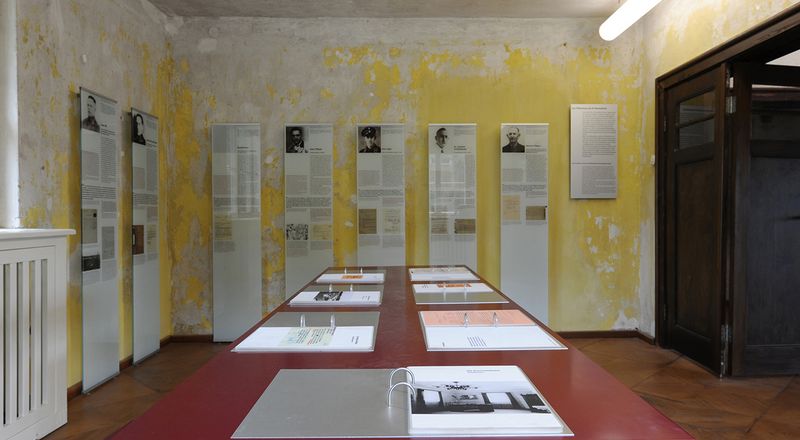 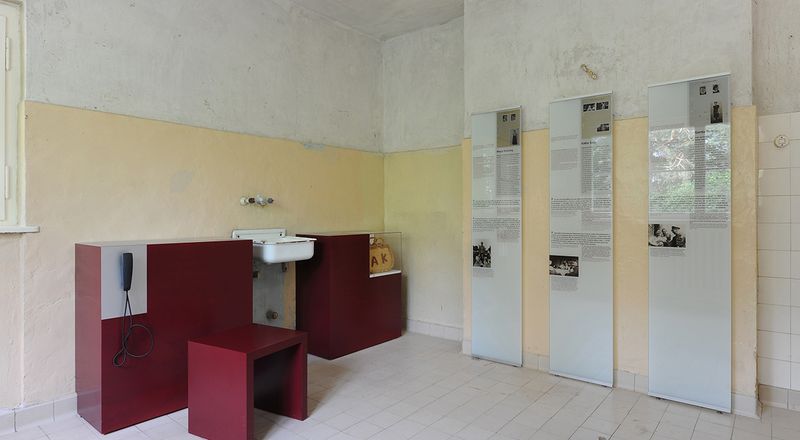 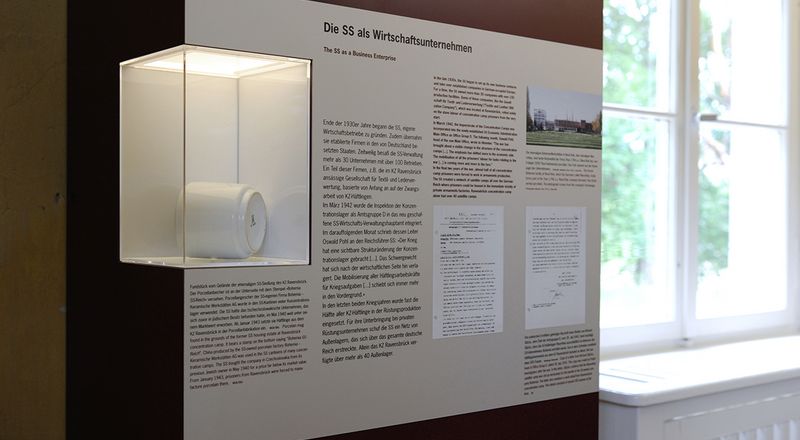 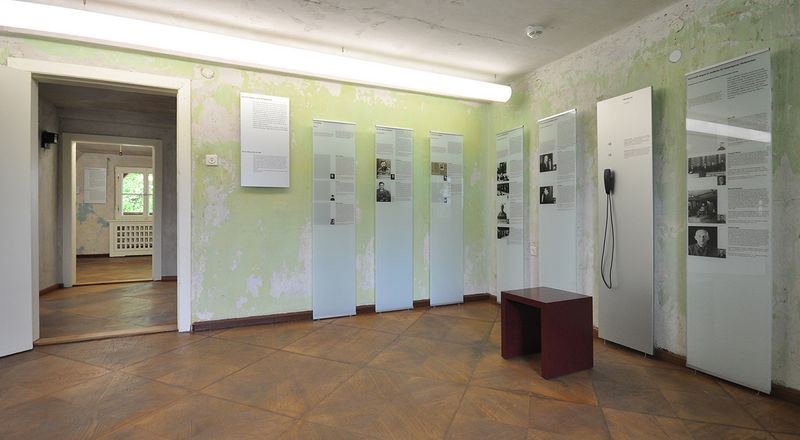 The ‘Führerhaus’: Everyday Life and Crimes of Ravensbrück SS Officers

The SS referred to the four villas for SS officers and their families immediately adjacent to the prisoner compound as ‘Führerhäuser’. Since 2010, an exhibition focusing on these SS leaders has been displayed in the former house of the camp commandant. These officers jointly determined what life was like for the more than 140,000 women, men, and children in the camp. They were responsible for the deaths of tens of thousands of prisoners who succumbed to the conditions of their imprisonment or to deliberate murder campaigns. The exhibition explores the actions and motives of these perpetrators as well as their environment and everyday lives. Traces of the lives of the SS officers are still visible in the building, which was erected in 1939. The building was renovated according to the standards for preserving historical monuments, so exhibition visitors can individually explore the various phases of its use during and after the war.